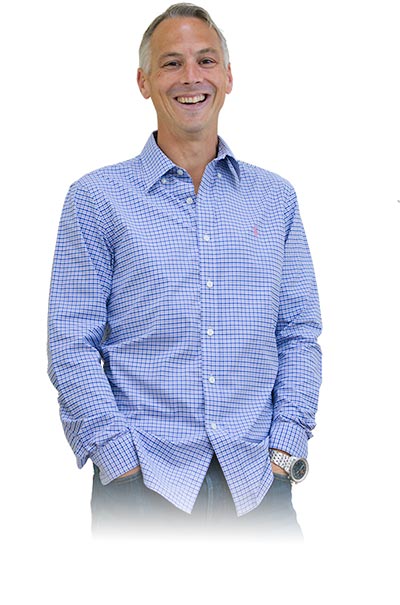 Hi, my name’s Paul Green, I’m the founder and driver of the MSP Marketing Edge.

Right now, 605 MSPs trust me and my team every day to help them generate leads, warm them up, and turn them into clients.

Marketing and business growth are my super powers. They’re what I think about day and night (when I’m not thinking about Doctor Who and the Marvel Cinematic Universe).

I understand that owning and running your own business can be sheer joy and sometimes pure hell at the same time.

I learnt this the hard way. Before I started working with MSPs in 2016, I grew and then sold a successful B2B marketing company.

You’re not going to get to the end of your life, look back, and wish you’d spent more time closing tickets because your techs ‘forgot’ to…

I started the business in 2005 after having an ‘entrepreneurial seizure’ and quitting my job in the media (I was a newspaper reporter, then a radio presenter for 13 years. Great fun).

It was a hot Sunday afternoon. And with just one hour’s warning, my wife went into labour and gave birth to my only child, Tilda.

She was an incredible 15 weeks’ premature. And the Special Care Baby Unit doctors warned us she might not survive the night.

I’d been a business owner for five years at that point. The business was doing OK – I was making a living – but the personal price I was paying was way too high.

I was working stupid hours, 6 days a week, to try to grow the business. I had two staff. But it seemed like nothing really happened unless I personally did it:

The staff got paid before I did (sometimes I went months without pay). Work/life balance was way out of whack.

Sound familiar? It’s a position many business owners find themselves in. But in the long-term it’s not healthy. 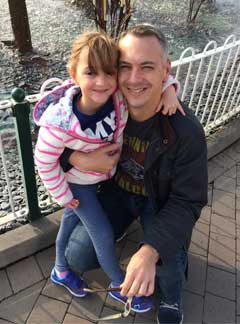 Instead, you’ll wish you’d spent more time with your children. Or other half. Or just having more fun – hang gliding; golf; whatever your thing is.

For three months after Tilda’s birth, I focused on my family. I kept in contact with the business, but I wasn’t there – mentally or physically.

Tilda amazed the doctors with her progress, and today is a healthy 10-year-old.

Would there be a viable business to return to? Or would it have taken a massive step backwards?

Actually, it was the complete opposite. My two staff had stepped up to the mark, and had replaced me! They were keeping the marketing going, selling to clients and delivering. And do you know what… the business was running more efficiently than when I had been there for 12 hours a day.

I remember feeling a little hurt at first. After all, as business owners, our identity is tied up with our business, right? But I quickly realised how exciting this was.

Because now I had space. To stand back, and work ON the business, rather than IN it.

I stopped going into the office so much, and started working from McDonalds, Costa and Starbucks (anywhere I could get power and Wi-Fi became my office).

I took more time off. I went on more holidays, including a three week cruise with zero internet or phone contact (bliss). In 2012, we moved to a new home an hour away from the office. And I started only going in on Thursday mornings.

Suddenly, I had a business that was there for me. Rather than the other way around.

On the 24th March 2016 I sold the business to a fast growing digital marketing agency for an undisclosed sum.

So what did I actually do to grow the business to the point it could be sold as a profitable, ongoing concern?

That’s simple. I focused all my attention on systemising effective marketing, sales and delivery. That’s it.

Now I work with the owners and managers of 605 MSPs around the world.

People who want to grow turnover and net profits at the same time. And have a dramatically better work/life balance.

The only downside of this is it makes many MSPs lazy with their marketing. They do little or no marketing. Perhaps your business is like that?

The thing is, there is a real opportunity in every marketplace for one or two MSPs who get really good at marketing.

And you don’t have to be world class. You just need to be better than 2 or 3 of your closest competitors. You’ll generate more leads, prospects and clients than they will. Which is the route to a great net profit, and ultimately a better work/life balance.

This is what clients say about the MSP Marketing Edge

Check if your area is still available

This service is strictly available to only one MSP per area